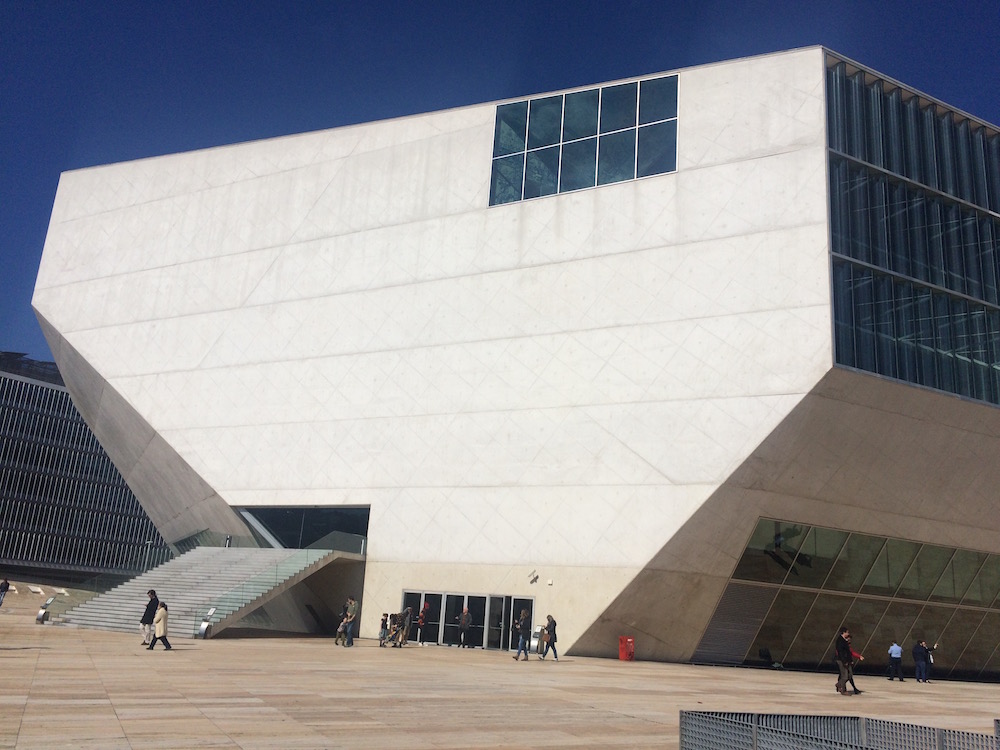 Last year Dundee was selected as one of 70 European case studies highlighting how the city was developing its creative sector. Dundee was also one of only 15 cities to have a European delegation visit to study the city’s support and scene, all supported by Culture for Cities and Regions, a European project exploring, connecting and sharing the role of culture in our cities, towns and regions.

Creative Dundee applied to an open call to take part in a funded study visit to Porto and the surrounding region in February 2016 to discover how Northern Portugal has developed regional hot spots for the creative industries. Dundee was selected alongside participants from Finland, France, Lithuania, Germany, Hungary, Ukraine, Cyprus, Belgium and the UK. It was a useful experience, so we wanted to share some thoughts following this trip. 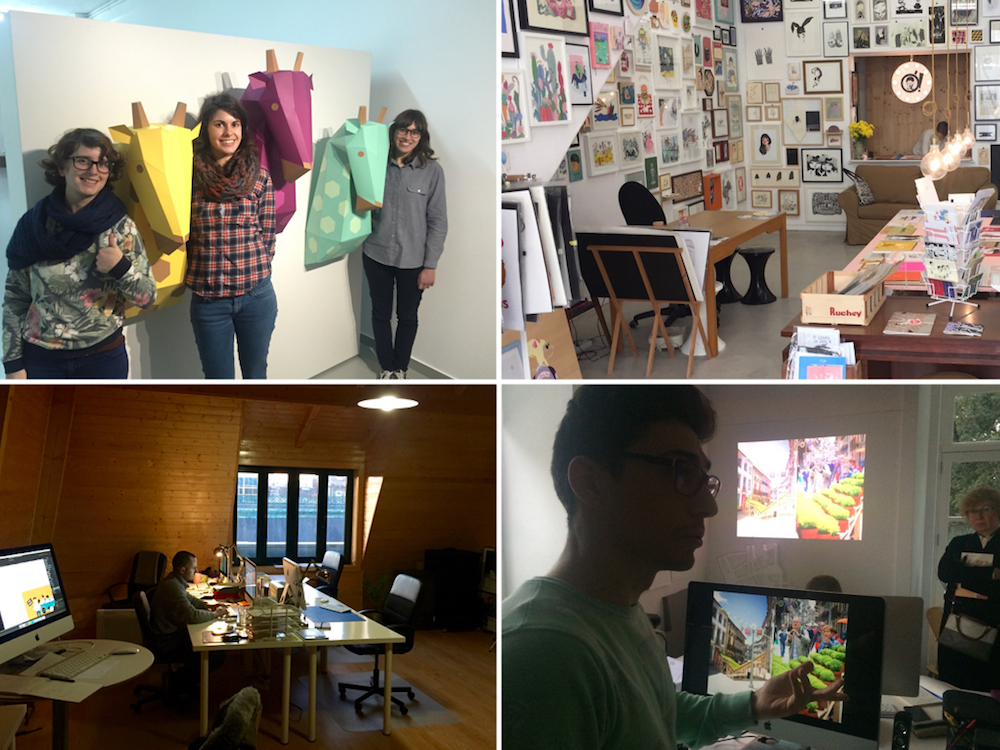 Porto, Portugal’s second largest city has parallels to Dundee in terms of being a relatively small city (237k people), with similar scenic river setting/former industries and a tight city local authority boundary. It has a rich creative scene with many artists and design businesses such as Oupas! Design who work alongside a large underground scene, and Mother Volcano who also run Porto International Meet Ups. Porto has many formal institutions, it was European Capital of Culture in 2001 and has seen a boom in tourism in the last few years. However it also shares Dundee’s dual personality of facing challenges of poverty. The city has a great vibe, but it’s clear to see that there are issues and we were told around 50% of downtown Porto is unoccupied, unloved and has been left to ruin. 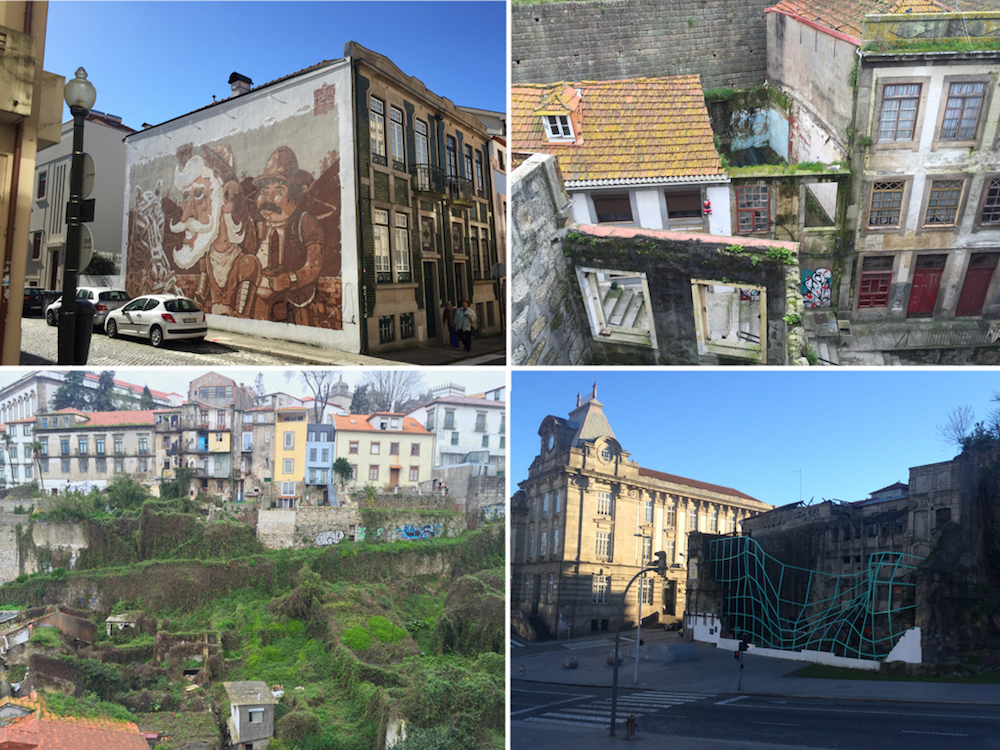 Buildings in downtown Porto and FAHR’s installation around a disused space.

Our hosts ADDICT, are a small network organisation with a mission to strengthen and deepen the clustering of creative industries in the region. Their case study can be found here – their ability to know who is out there and what is happening across the region that makes them so valuable. We visited a number of interesting converted spaces, heard from local officials and met designers and artists in creative hubs.

Our visit started at the hidden but packed Maus Hábitos, a creative hub which was founded by a photographer and others who recognised there was a lack of space for artists and now includes a gallery/events space and restaurant/bar. It’s a great space, effectively at the top of a multi-storey carpark in a prime downtown area – the hub works ultimately because of the landlord’s understanding and belief in the value of having cultural activities happening in the space, as a priority above commercial gain. A similar space in an old converted market hall, at Hard Club, had the same vibe, that you just would never get in a new build.

Porto Lazer, is run by a team within the local authority. They give small grants and run cultural activities – such as working with artists and they occupied a large corporate building in 2012 which had been on sale from 1994, they used the space for mixed purposes – exhibitions, workshops, studio spaces – it was then sold in 2015. Although it’s great to see this model working on a temporary basis, it was perhaps slightly disappointing to hear it will now turned over to become a hotel. However they’ve moved on to occupying their next space – a redundant bank.

Rivoli Municipal is a theatre which closed for many years whilst the city put its cultural strategy/budget on hold and only reopened over a year ago. Their focus is dance ‘a medium that appeals to tourists as there are no language barriers’, and although predominantly a receiving venue, they also run monthly events which are more experimental and held under their main stage, enabling younger musicians and performers to have a platform to perform alongside more established artists – this seemed a valuable model for rebuilding a community.

We met UPTEC.PINC, a University creative incubator which provides start-up support and space for early stage businesses and chatted to a few creative businesses including FAHR 021.3 who create interesting architecture/installations for the public realm.

The incredible space outside and inside Casa da Música (main image), a major concert hall bears a resemblance to a venue emerging on our own cultural horizon. It has an eclectic programme and includes infamous Clubbing nights which take over the whole building with DJs, light and sound. Finishing our tour of Porto at Mala Voadora was stark in contrast and showed the diversity of the city’s scene – a small performance venue, run by committed and passionate artists, with space for residentials – it felt like home. 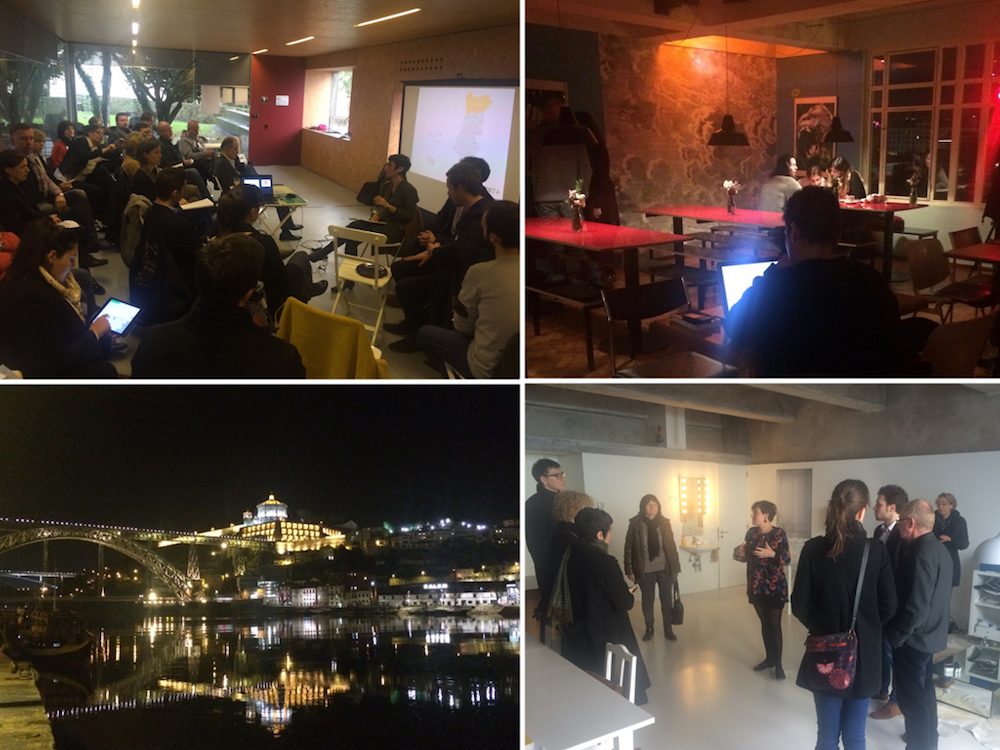 Visiting Guimerães, 50 kms from Porto felt a world away – it was European Capital of Culture in 2012 and has a population of just 50k. It’s pretty, still has lots of signs of its industrial past and reminded me of a Portuguese Brechin or Montrose! A key element of their cultural year was restoring former factories/tanneries into creative spaces, hosting workshops and labs to engage the public as a platform for arts and creativity and living science. The massive purpose-built gallery complex, PAC (Platform for Arts and Creativity), opened as a key highlight in the middle of their cultural year and now felt empty; and again in contrast the CAAA (Center for Architecture and Arts) is entirely voluntary-run, and includes an art gallery, studios, theatre, library and cafe. They receive some small support from City Hall to cover their rent, and in their words, ‘the organisation is built on relationships over budgets’. There was something great about the fact they seem to have more partnerships with everyone than anyone else did and talked about the big structures helping the smaller structures and vice versa.

Finally in nearby city Braga, Start Up Braga was a hub in a former police station which includes an event space, but also a tech incubator, with a steer towards digital arts and nanotechnology. It was interesting to hear Braga is currently working towards applying to become a UNESCO City of Media Arts. Speaking those on the trip there is definitely a Europe-wide fascination with gaining cultural titles, I wonder what comes after a city gains all accolades on offer? 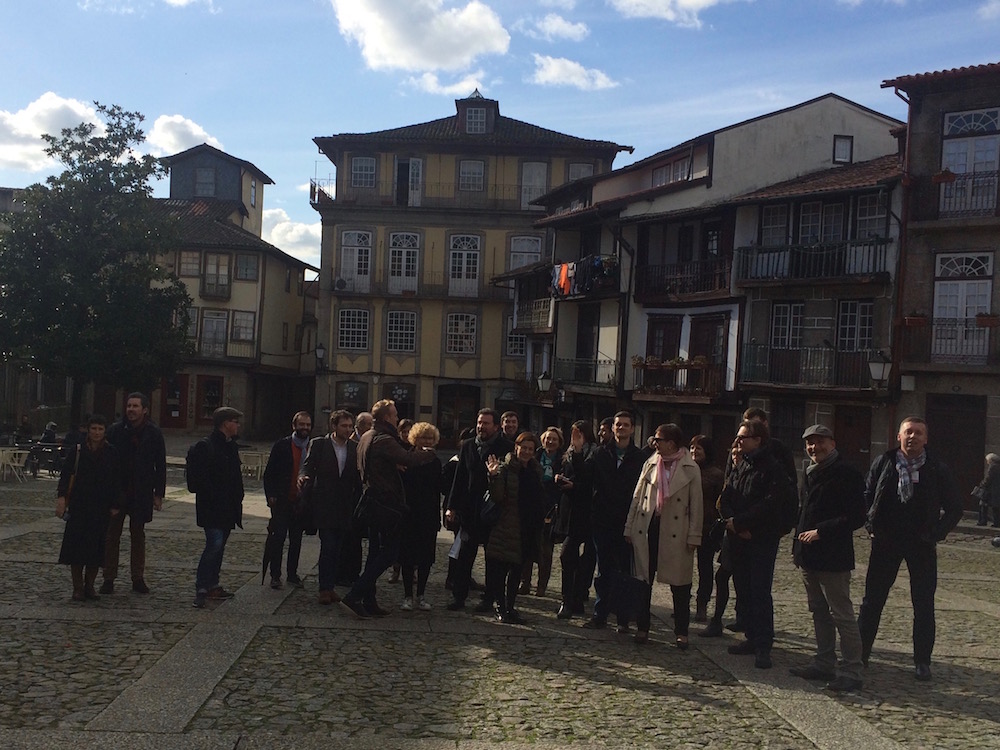