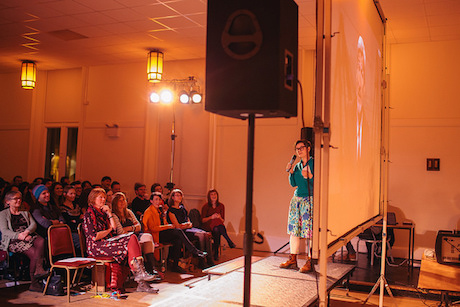 Happy New Year to you! We thought that before setting out on 2015 because of the sheer speed of changes in the city, it would be valuable to capture and reflect on what happened for CD in 2014 – it was a big year!

Creative Dundee’s main focus has always been to profile and showcase creative work and events through this online platform. Over the last year we seen this grow considerably – we’ve profiled well over 400 individuals, organisations and events; and saw over 87,000 visitors coming from some 2,085 cities around the world to view content (after Dundee, London visitors were the next highest visiting audience at 10%, and international visits account for 11% of traffic).

Here are some of our highlights from the year – and as ever, thanks for your support. Dundee is an incredible base for creatives, artists, designers and businesses and although not without its challenges, it finally feels like the rest of the world seems to be realising this too. Here’s to a cracking 2015 for everyone ahead.

Although we might have started the year on a bit of a low (missing out on the City of Culture award at the end of 2013), we quickly got into action – launching a review of Creative Dundee which over 80 creatives contributed their thoughts to through an online survey – we really appreciated this (particularly as the survey form wasn’t very fun to complete!).

Pecha Kucha Night Vol 8 was held with great illustrative work provided by Andy Herd of PandyLand who also spoke on the night alongside the Dundee Roller Girls, Fleur Darkin of Scottish Dance Theatre and the great Peggy Hughes speaking of her love of beards! 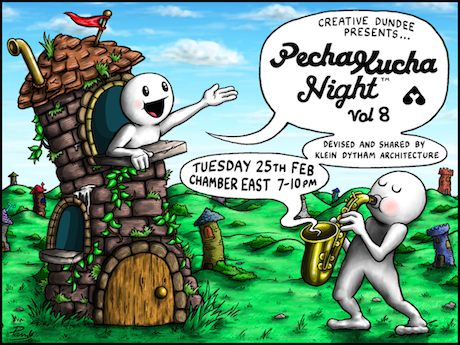 Global Service Jam is a 48 hour event encouraging people to come together and help create new ideas with impact. GSJ invited CD to take part in the Dundee jam and speak to participants to assist with developing their ideas and hear the final presentations and we wrote about each of the great projects here.

Metro.co.uk asked us to write about the key reasons why Dundee is the best city in the UK, we gave them 12 reasons plus 3,000 more… The piece has now been shared online over 9.5k times online!

Pecha Kucha Night Vol 9 was back and part of Ignite Dundee, a celebration of creativity across the city – including the degree shows by DJCAD, Abertay University and Dundee and Angus College. Speakers at this PKN included hearing from two creatives on either side of the Independence Referendum debate, which led to some great discussions during the night. 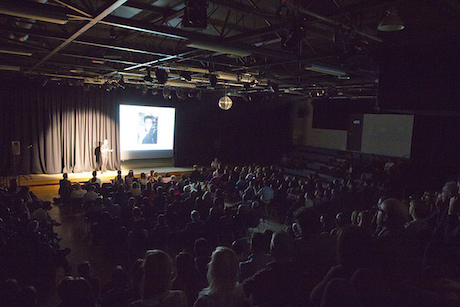 BBC DJ Vic Galloway gave CD a teeny mention in a piece he wrote for The Herald about Dundee’s impressive music scene; which for us the music scene is such an important part of the city which deserves much more coverage.

We were invited to speak at a creative network event in Inverness run by IOTA looking at the potential of developing a new creative hub for the area – it was held in Velocity Cafe and we came away wishing Dundee had that amazing venue space (a cafe/bike workshop)!  We also ran a Mini Pecha Kucha in Perth to showcase local creatives to others in the area. 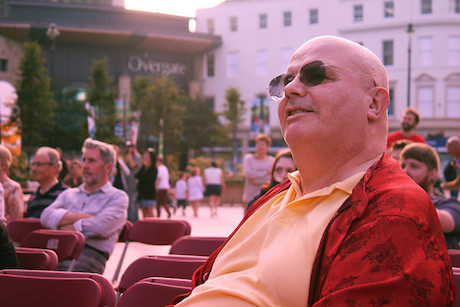 The Creative Scotland commissioned independent review of the impact of three creative city networks (Creative Dundee, Creative Edinburgh and Creative Stirling) was completed – it was really positive and can be read here. We held an event in Edinburgh to discuss the findings and over 70 people attended, from as far away as Finland, to hear about how we better connect Scotland’s creative and cultural industries. 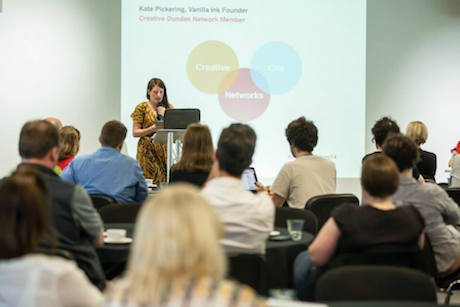 We created the Creative Calendar on our site to highlight all the regular creative events we knew of across the area – from weekly meet ups to annual festivals. It’s a bit of a work in progress which everyone is welcome to feed into.

We were asked to speak at Positive Aberdeen’s Networking the Networks session in Aberdeen, it was great to meet creatives in the area and start to consider how join forces more. We also spoke at Dundee Arts Cafe on the topic Shaping our creative city. We also wrote about our experiences of starting up Creative Dundee – the highs and the lows.

CD was asked to speak at Crowdsourcing Week Warsaw about We Dundee, Creative Dundee and some of the many impressive projects happening across the city, the slide deck can be found here.

Back in the city we ran an Introduction to Social Enterprise in association with Dundee Social Enterprise Network – a free evening event aimed at anyone setting up a social enterprise around a creative product, service or business idea. It was a full house and the feedback was really positive.

We launched a call to find a Digital and Events Co-ordinator, a three month paid internship and were delighted that DJCAD graduate designer Ross Crawford joined us to help with our busy programme.

Pecha Kucha Night Volume 10 was PKN Dundee’s third birthday and tenth volume, part of the great NEoN Digital Arts Festival, with well over 300 people joining us. We celebrated with cake by Ms Battenberg’s Travelling Tea Room, DCA’s Drop in and Play and a brilliant surprise appearance from The Ovarian Cysters.

We ran the first Meet + Mix event, a partnership between Creative Dundee, Dundee & Angus Chamber of Commerce and Enterprise North East Trust. The aim was simple, to run an event night for businesses and creatives to meet; hear about each others’ worlds; develop new networks and help encourage the space for business to business opportunities. This first event was at capacity and we look forward to running more events in 2015. 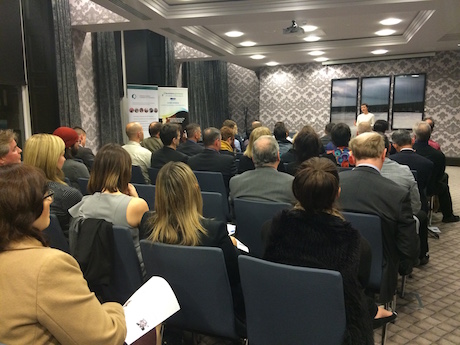 We ran a Crafting Light workshop with smart materials expert, Sara Robertson in partnership with NEoN – it was a great afternoon and a fully booked session, where we learned about and then worked with optical fibre to make wearable light creations, like below! 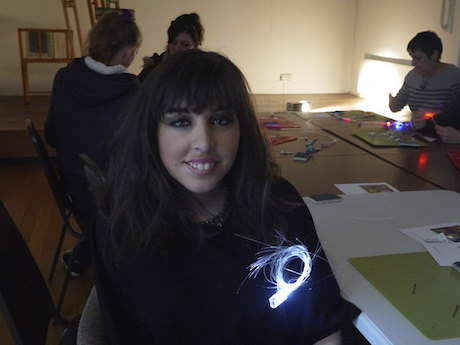 Dundee was awarded UNESCO City of Design status, a significant achievement and as part of the team who helped pull the bid together, we were delighted! We pulled together this feature on Dundee’s relationship with design to celebrate.

We released a short film about Dundee’s creative scene, featuring local creatives, produced by Bonnie Brae Productions with a soundtrack by Art of the Memory Palace.

We were asked to contribute to a feature on Dundee’s new design status for The Independent. S1 Jobs interviewed us about employment within the creative industries in Dundee, the post here.  STV Dundee kindly mentioned Pecha Kucha Night in their review of 2014 here and the Evening Telegraph asked us about the future of the digital creative industries, which can be found here.

We were interviewed by The Courier to recap what had happened in the creative and cultural sectors during the year – it was a great piece and a nice way to wrap up the year! 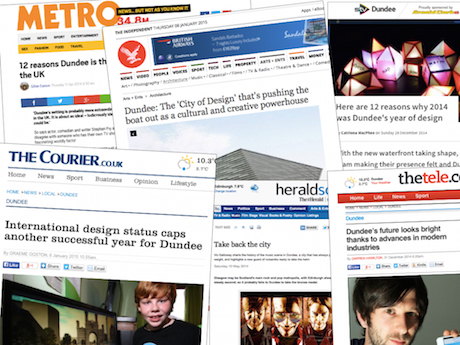 It’s fair to say that 2014 was a really big year for us, especially as CD was only constituted in March 2013 and we only have one part-time staff member. We hope to be able to support the sector in an even bigger way this year, so please do keep in touch.

If you want to hear first what’s happening across the city’s creative and cultural sectors and receive details of our events programme, then you might fancy signing up to receive our free regular news mail out here.