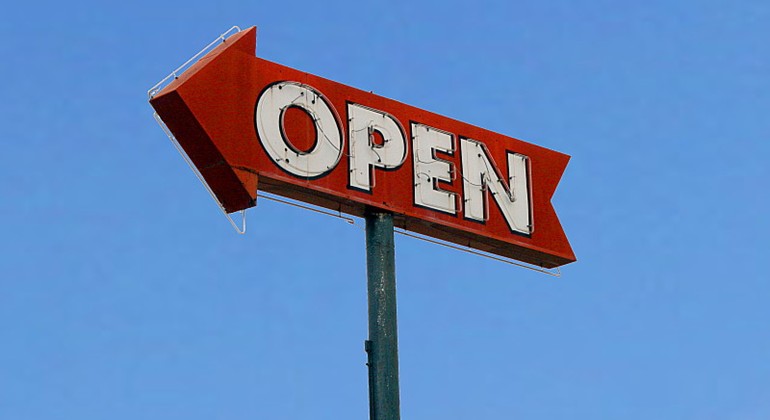 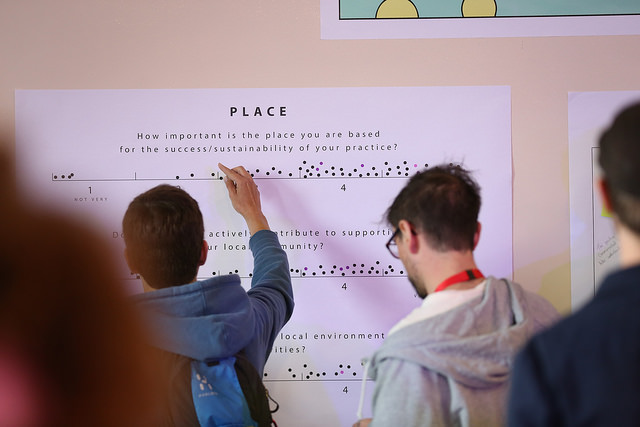 Creative Dundee was delighted to be invited to speak at Belfast City Council’s Cultural Forum this June, and with 150 people representing the city’s impressive cultural sector, the day focused on what could be done to strengthen the cultural offer for citizens and visitors alike.

Belfast has a lot going on and there’s a real buzz across the city, with its Titanic Belfast visitor experience which opened in 2012 (our V&A Dundee equivalent) which has greater visitor numbers than ever expected; around 85 cruise ships visiting the city last year; and many vibrant cultural quarters including the Cathedral Quarter. Dundee and Belfast feel similarly welcoming and there have always been good links thanks to students moving between the two cities and wider regions – a good example of this is probably the band Snow Patrol, who originally met at University of Dundee but were from a mix of locations across Northern Ireland and our part of Scotland.

Like Dundee, Belfast sees that culture is critical to its future for the people who live there, want to visit and are looking to invest in the city, and they are focused on developing their new cultural framework for the next 4 years (Dundee’s own current Cultural Strategy can be found here).

Creative Dundee spoke alongside international city expert, Charles Landry, and Mary Cloake, Chief Executive of Liverpool’s centre for contemporary arts, The Bluecoat. Liverpool is another great cultural city which has had a huge transformation, waterfront regeneration (complete with an outpost of the Tate), has retained is gritty industrial creative area in the form of the Baltic Triangle, and will celebrate its 10 year anniversary of being European Capital of Culture back in 2008, in 2018.

With plenty of opportunities to discuss the key issues facing the sector it was a really valuable and packed day and I’m sure others will sum it up much better, so will leave it to them to do this! Our focus was on the open-source, or crowdsourced ways we’ve been using to engage communities across the city and world.

We were also asked to speak about our work at Dundee City Council’s leadership forum the following day, which was focused on design tools, another great forum which was led by the impressive Open Change. At both these sessions it was clear there was an interest in ‘soft-architecture’ of cities, ways of engaging with and empowering citizens.

We felt it was about time we looked back and shared some of the approaches we’ve used just in case they are useful, and if you have any ideas on what we should consider doing next, we’d love to hear. If you are interested in the future of crowd powered activity, do have a read of Steve Hamm from Swarm’s post which is from a presentation he recently gave at Mass Assembly, a forum we ran in partnership with Creative Edinburgh – The Future Belongs to Crowds. 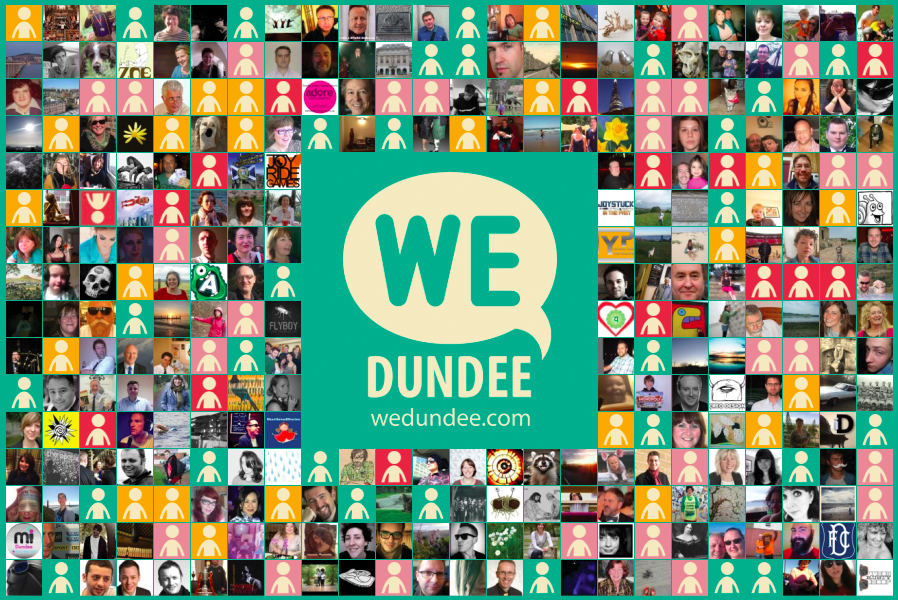 In 2013 during our bid to be a UK City of Culture, Creative Dundee collaborated with Dundee City Council and Fleet Collective to find out what people loved about the city and what they would like to see happen in its future. It’s easy to use, well designed layout generated over 4,000 responses. Linking with all libraries across the city, so that people could drop in their ideas and working with a designer, Karen Lyttle, she created a pop-up stand to take around community centres and shopping centres, We Dundee managed to get to people who weren’t just digital natives. All the ideas were read, grouped and incorporated into the bid, then the cultural strategy and subsequently woven into the UNESCO City of Design bid. www.wedundee.com

Screen in the Square 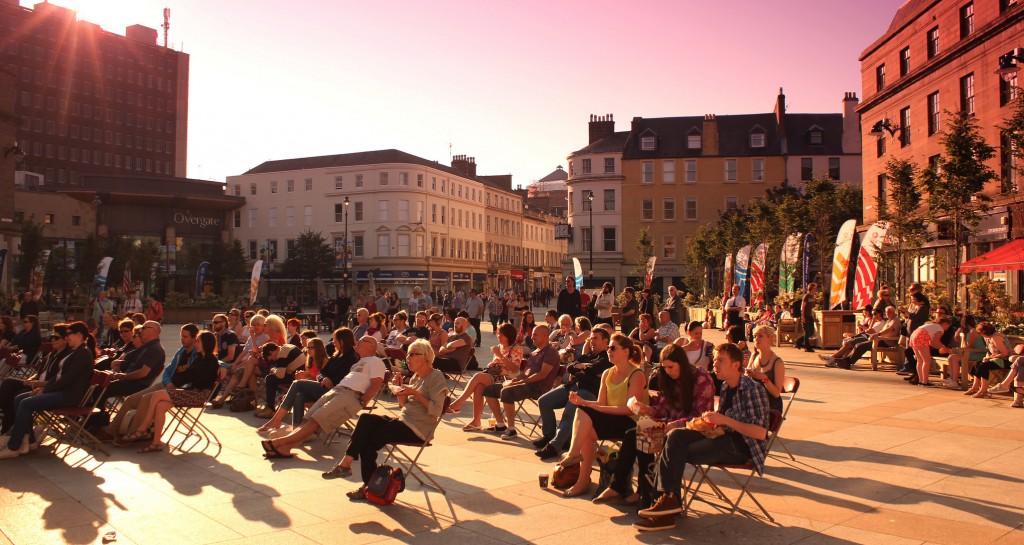 One of the most popular ideas suggested through We Dundee was to use City Square better, particularly through open air cinema screenings. When we heard that Dundee City Council were installing a big screen for the Commonwealth Games, we asked to take it over and filled it with locally made content – short films, animations, music videos and more. It was a really sunny June night and hundreds of people turned out to see the films made by school children, and community groups to established filmmakers. creativedundee.com/screen2 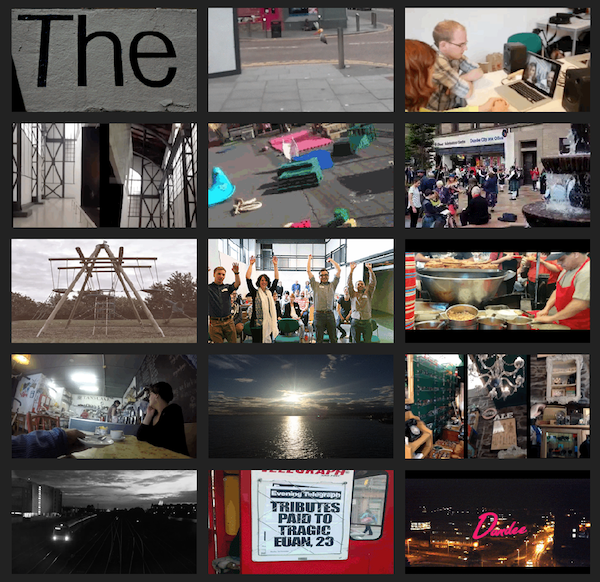 The wall created in 2015 by artist Tom deMajo and a number of Dundee residents during Small Society Lab, offers a new way for citizens to engage with the city playfully, showing the city from multiple, often hidden perspectives. The GIF Wall features a number of our familiar sights but also some of the city’s hidden perspectives. Through an open call, people submitted their GIFs and Dens Road Primary School who even ran GIF making sessions with pupils before making and sharing their content. The GIF Wall

A Postcard from Dundee

This short film was produced over the Small Society Lab weekend from the crowdsourced content received by people in Dundee, before the Lab on the 19th and 20th June 2015. Content was sourced through an open call for video footage and photos and featured over 60 submissions on themes such as the city’s streets, food, music and popular culture scene. More on A Postcard from Dundee.

A project connecting people, places and stories from around the city, which aims to capture the stories behind Dundee’s cultural hotspots. The places most important to local people – told through their own voices. We started the project in Stobswell, by mapping the area, and interviewing local people, gaining real insights into the area. Watch the video and find out more about the project here. 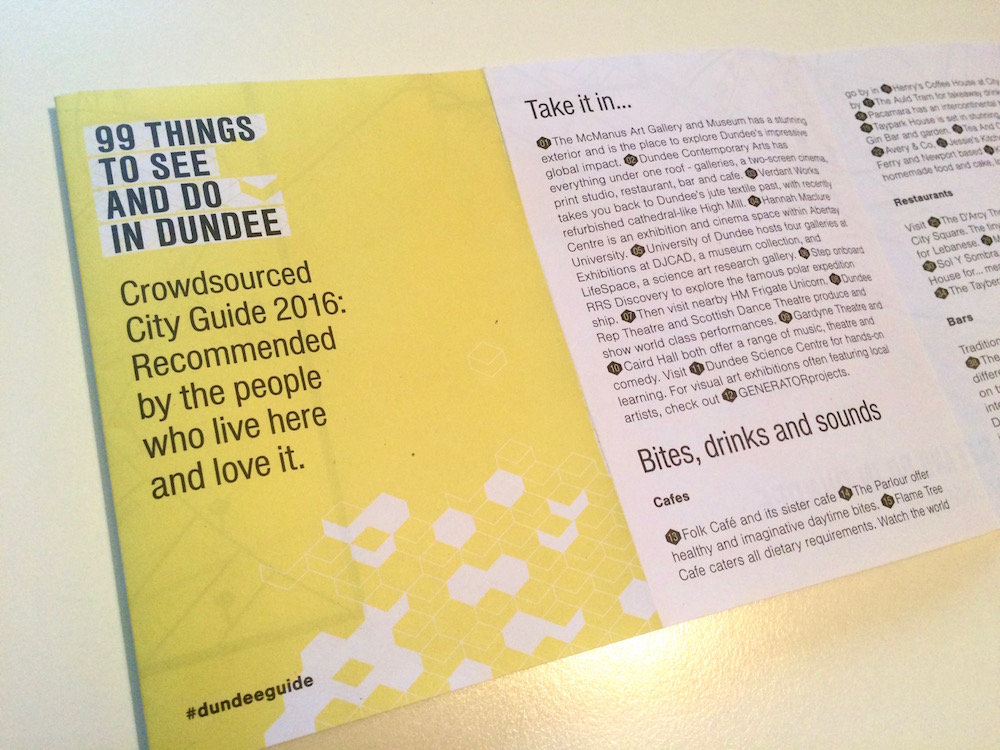 We first crowdsourced a guide to the city in 2012, and got a great response. So for Dundee Design Festival and Ignite Dundee we asked everyone to share their favourite places to go and things to do. The result was this crowdsourced guide “99 Things To See And Do In Dundee” which is available in a limited run of print copies and online here. 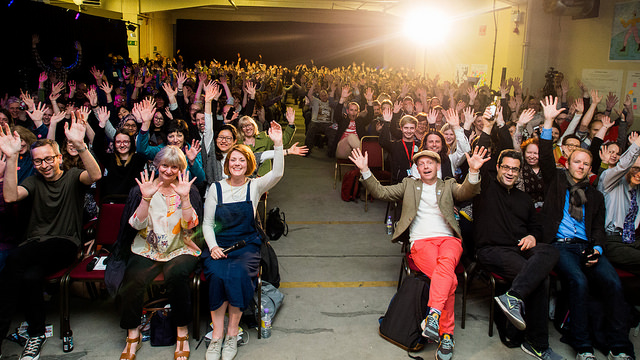 Events which connect and let people know what’s on our own doorstep such as Pecha Kucha and Make/Share rely on an open call, ‘put yourself forward’ model! All we ask is to come along first to an event to understand the format, propose a good idea for a topic, and get in touch with us. Check out the relevant pages to find out more: Pecha Kucha Night and Make/Share. At our recent forum event which we ran in partnership with Creative Edinburgh, Mass Assembly included a live audit inviting people to share their thoughts on a range of topics critical to creative practitioners/businesses and hubs.