What a year indeed. 2018, the year that Dundee went from being a hidden gem, to a highly visible hotspot.

It was a big year for us too, as we celebrated Creative Dundee’s 10th year anniversary back in January. Over the last decade and particularly this year, we’re proud to have been involved in a number of projects, events and with partners who share a desire to support the development of healthy creative communities in and around Dundee.

With an eye on the future, we’re also mindful of reflecting and learning from the past – so here’s our look back at 2018 (you can read Reviews from 2013 onwards, here).

A huge thanks to all our friends, supporters, funders, commissioners, team and Board! Although we haven’t been able to reference everyone below, we couldn’t and wouldn’t want to do it without you. 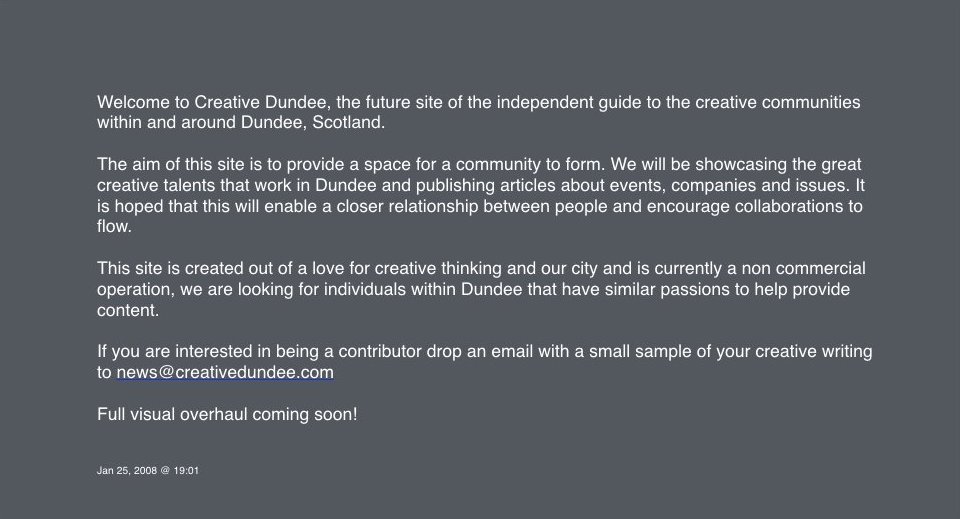 On 25th Jan 2008, we posted our first ever blog post on the site, setting out the intentions for what Creative Dundee could become. Custom designed and built from scratch, Creative Dundee has grown as a result of, and in response to, the opportunities and challenges of Dundee. It’s been quite a decade. Ten years on exactly to the day spookily, on 25th Jan 2018, we joined Creative Scotland’s Regularly Funded Organisations network, supporting our ambitious programme of work from 2018 – 2021. To mark the occasion, we had a special anniversary Pecha Kucha Night Vol 20 with balloons to celebrate, and the first PKN with/at our partners Dundee Rep Theatre!

The PKN TAKEOVER was co-created with 25 local young people, in partnership with Dundee Design Festival, as part of Scotland’s Year of Young People 2018. We ran 4 workshops for the young individuals to understand all elements of running PKN, and had sessions with Dundee Comics Creative Space and Dundee Rep on how to give an engaging, accessible talk to an audience. The night featured an inspiring panel of young people as both speakers and those who helped deliver the event – from selecting the illustrator of the PKN visual, choosing to have a dry bar at PKN, through to having a mixed age speaker line up. We learned a lot from the experience and here’s Quin in the above clip talking about it from a speaker’s perspective. All the videos from the night can be found here.

3. Shared the city with international visitors

As part of V&A Dundee’s opening programme, we were invited to guide 50 journalists and social media influencers on a Behind the Scenes tour with our tour partners, DCA. This gave media visitors from as far afield as Brazil, USA, Russia, Japan, China and all over Europe, the chance to experience the city’s many jewels in Dundee. So many organisations, businesses and groups were responsible for the incredible opening and coverage that Dundee received at that time. However, it’s the often invisible individuals and small businesses involved, who we salute most – with special notes of appreciation to Jennie Patterson for all her extraordinary PR efforts; and to Claire D’All for reviewing the accessibility of venues across Dundee – see her V&A Dundee review here. Dundee couldn’t have done it without them and everyone. 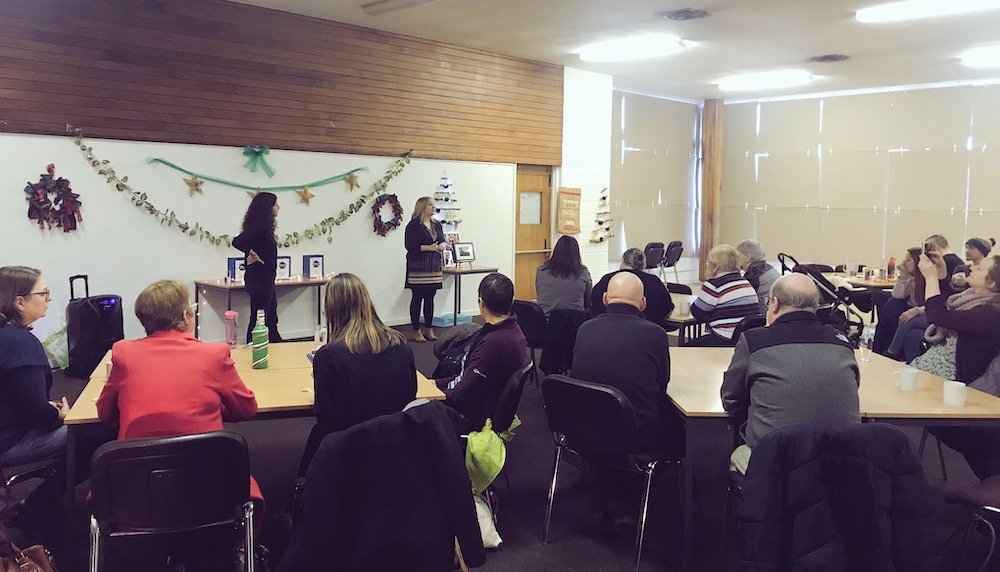 The micro-financing soup supper dinner event has now raised over £1,500 for Dundee community initiatives through the public’s generosity, to date, in collaboration with our parter, The Circle. Based on the successful Detroit Soup model, the event has rotated across the city from Ardler, Whitfield and Dundee West so far, with the last one held with a Christmas theme for Fair Saturday in December. More than just about cash, the community based projects receive advice and new support networks, which has proved invaluable to the individuals pitching. If you receive our free monthly mail out, then we’ll keep you posted with 2019 event dates, and find out more about taking part in Dundee Soup here.

5. Collectively explored the future of equality

As part of the Festival of the Future we organised Act Locally: today’s fight for the future of equality, a panel event featuring Ellie Mae O’Hagan, Guardian writer; Alberta Whittle, artist, researcher and educator; and our own Sam Gonçalves who moderated the discussion. The event was full of valuable insights, which Hamzah Hussain captured in this reflective piece here. As part of the project, we also commissioned writers to share their perspectives on inequalities as they experience it, in a zine. You can now read the contributions by Becca Inglis, Tomiwa Folorunso and and anonymous piece on poverty in Dundee, in the zine, designed by Julie Cumming, here and above. 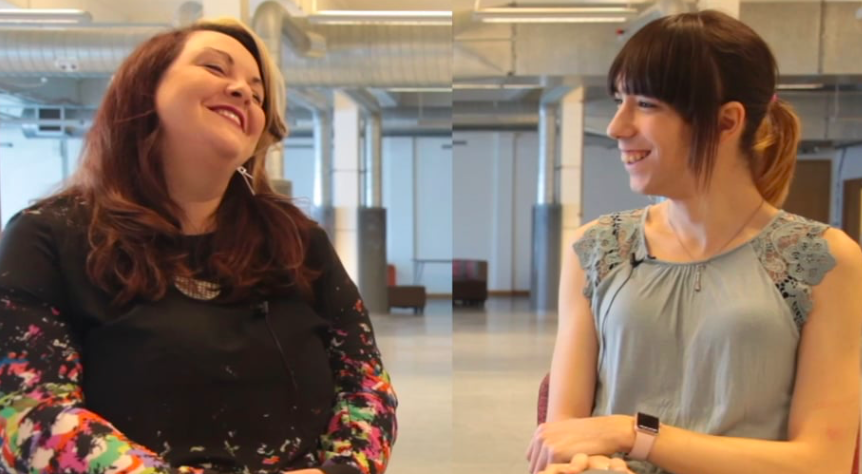 One of the key ways we amplify and connect the city’s creativity is through the original online content we create, which showcases the work and processes of artists, designers and makers – from all different backgrounds and stages of their careers. As part of our 10th year celebrations and 50th news mail out, we compiled a list of 50 Dundee Makers, recommended by other makers in the city, to help awareness of who is out there, doing what. We had guest blogs on affordable fashion, Dundee’s first Pride, hearing aid design, networking, burnout, and making comics. We also have brilliant Split Screen video interviews and more original features here.

7. Looked back to consider the future at This Much We Know, Now 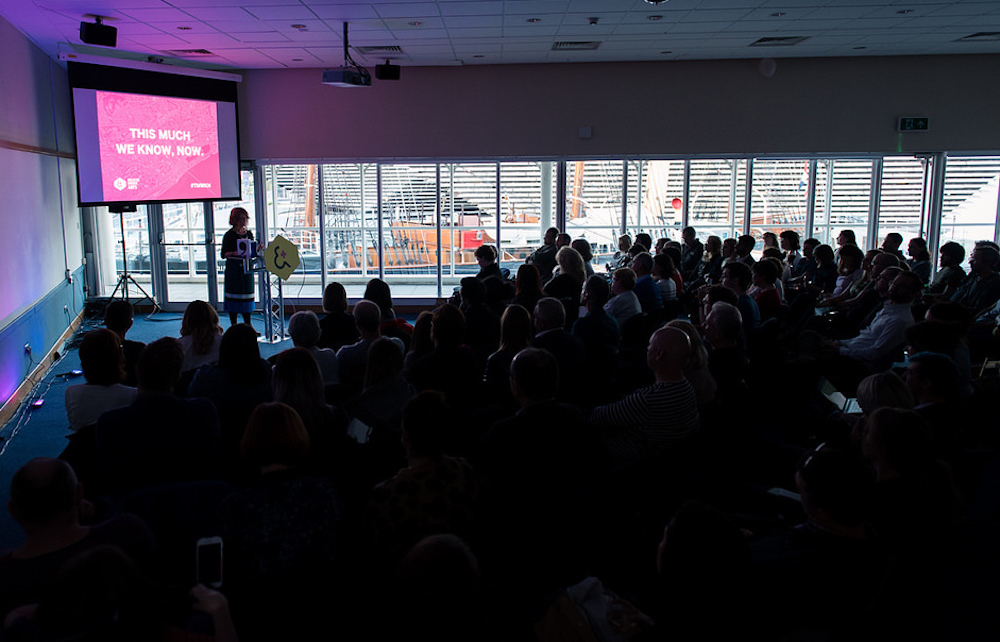 One week before the V&A opened, we ran an event looking back at the decades of cultural and creative activities that the city has embarked on, which have brought us to this point in time. Over 100 people joined us for a fascinating night, hearing about Witch’s Blood, DMA Design, The Corner, Dundee Culture, Yuck ’n Yum, Gardyne Theatre and the School of Contemporary Dance, and Leisure & Culture Dundee. There is a video of the livestream on Facebook here. Held at Discovery Point in partnership with Dundee Heritage Trust, it was a great night full of reminiscing, looking over the new V&A, considering the city’s cultural past and ambitions for its future.

This year, our Amps supporters created a Community Ideas Fund of £1,500 to benefit Dundee – read more about the successful project here! There are over 130 diverse individuals, students, businesses and city-supporters who have now joined the network. Supporters have also enabled us to offer greater accessibility – British Sign Language interpreters at Pecha Kucha Nights, captioned original video content and providing accessible transport to people with disabilities to attend our events. We’ve had 5 Amps events this year – including breakfasts held in different venues across the city. Find out more about Amps here.

9. Helped put Dundee on the map at London Design Biennale

Shpeel was designed by Biome Collective and produced by Siôn Parkinson at Tilde Arts. Creative Dundee were producing partners, with other organisations who supported this immersive digital piece to be shown at London Design Biennale at Somerset House, during September 2018 (the same month as V&A opened). Designed in collaboration with local youth groups, The Corner and Hot Chocolate Trust, Shpeel is about better equipping young people to express their mental health and emotional states. The interactive installation generated hugely positive feedback at the Biennale, and from young people here in Dundee.

10. Crowdsourced the 99 Things to See and Do in Dundee guide

I can’t believe how much Dundee has changed since I was wee. A perfect host for the @SPAJournalism Regional Conference. So excited to come back and do the 99 things in this #dundeeguide pic.twitter.com/dKO71kvNBO

With the help of people who live in the city and love it, we updated our 99 Things to See and Do in Dundee crowdsourced city guide for the fourth year. The guide is produced in partnership with Dundee, One City Many Discoveries and Dundee City of Design. During 2018, 26,000 (!) copies of the guide were distributed by cultural organisations and the two Universities who gave them to new freshers. 99 Things is also our most popular online resource, with over 10,000 visits since May 2018. You can download the guide here and if you don’t feature yet, look out for our crowdsourced call in Spring 2019.

Back in 2016, we started a new peer project, called Fabric, which brought together creative practitioners and businesses to develop a strategy for the city’s Creative Industries. This was the first time, in Scotland and maybe further, that policy had been developed in this co-designed way. Dundee’s Creative Industries Strategy 2018 – 2021 was endorsed by the city, and we felt it was time to renew the activities around creative city leadership, though a Fabric 2018 programme, offering time, space and the chance to meet the city’s current creative leaders, to 20 individuals, through an open application process. We held the first of four workshops in December 2018 and we look forward to continuing the discussions about what comes next, throughout 2019. 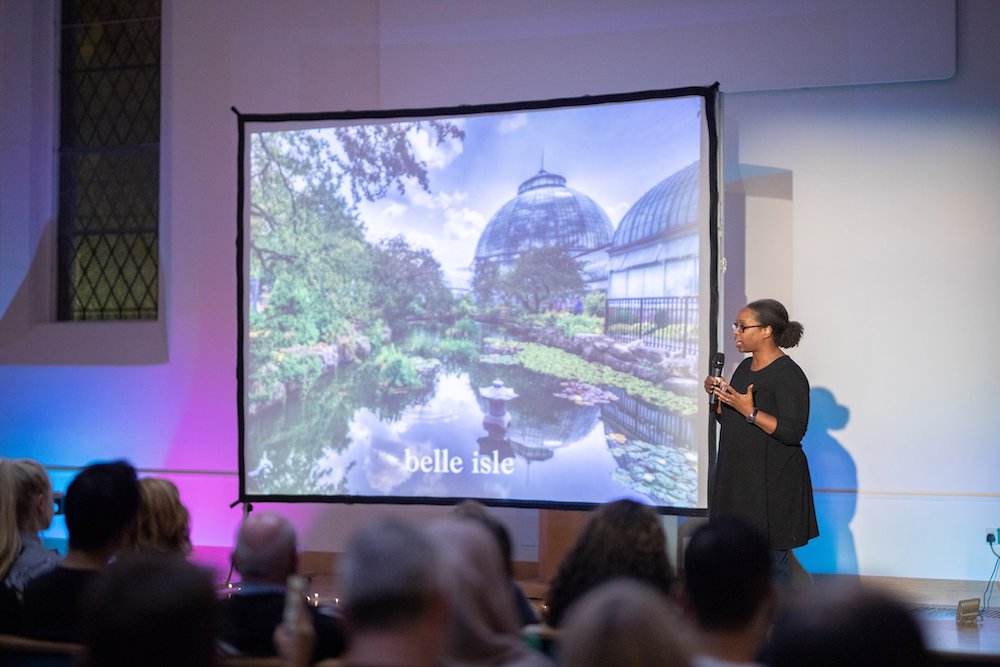 In October, 36 representatives from 20 of the 31 global UNESCO Cities of Design visited Dundee for their Sub Network Meeting, hosted by the Dundee City of Design team. We created this event in partnership with the team, to hear from 8 of the visiting design cities, including Detroit, Puebla, Shenzhen, Wuhan (there are 84 universities in Wuhan!) and Istanbul. The talks were really eye opening to see how different the cities are, yet how similar their ambitions are for using design to help improve their cities for societal benefit. This event was free to attend and the live stream on Facebook can be viewed here.

Although most of our work is based in Dundee, in terms of us reaching out, this year we’ve enjoyed working/being represented in: Renfrewshire, Canada, Stirling, Aberdeen, Brighton, Edinburgh, Glasgow, London, Brussels and Bucharest. We also met approximately 200 international visitors in Dundee this year, from Helsinki to Manila, and shared/showed as much as we could with them. It’s genuinely fair to say everyone who visits, loves it.

Looking ahead… More on our 2019 plans in the new year, and the big event for your calendar is Pecha Kucha Night Vol 23 on Monday 25 February 2019 at Dundee Rep Theatre, details to follow soon (register for our news mail out to hear about tickets first and Amps gives you discount rate tickets).

Thanks again for everything you do!